Across the nation many states and local communities are beginning to experience the economic strain of our country’s nursing shortage. What has long been talked about is now coming to fruition as healthcare facilities are facing challenges attempting to fill their nurse staffing needs. With a national unemployment rate around 7% one would think that any solid employer wouldn’t have any problems at all finding qualified candidates for job openings. On the contrary, healthcare staffing has become a major challenge for many large-scale employers in the industry. This article seeks to examine the causes of the current nursing shortage, thoughts of various professionals in the fields of nursing, education and economics as well as potential solutions to the problem.

Take this case study for example; North Dakota and Minnesota both play host to multiple assisted living centers and multi-million dollar hospitals, which both require large numbers of nursing staff in order to operate. As assisted living companies expand and build new facilities to meet the growing demand of an elderly population that is reaching retirement age they require larger numbers of nursing job candidates to fill open positions. In direct response to the predicament facing these two states, Rasmussen College has increased its nursing education efforts to help keep up with job growth in this field. Rasmussen has rolled out a few new nursing programs, such as an LPN to RN ladder course that applies the current LPN’s credits towards an Associate’s degree RN program. Since educational programs can often times take several years of advance planning, accreditation screening and faculty hiring before they are fully functional, it is best that colleges and universities begin addressing this demand sooner than later.

There is a similar demand growing in the following states: Alaska, Utah, Wyoming and Oregon, where the concentration of Licensed Practical Nurses per capita is amongst the lowest out of all 50 states. Some states are currently enjoying a healthy supply of LPN workers, such as Oklahoma, Tennessee, Louisiana and Arkansas. There are nearly three times as many LPNs per capita in those states than there are in the lowest 4 states. Therefore, in addition to supply chain problems creating the LPN shortage there might also be issues related to workforce distribution. Here are a few ideas to attempt to re-distribute the practical nursing workforce: Education programs can be created or expanded in states that are suffering low supply. Travel nursing jobs can be created to temporarily fill vacancies in job markets that have demand exceeding supply. Wages and salaries can be adjusted to shift the balance of LPNs towards markets that are more in need of LPN services. Companies can offer higher salary packages to incentivize workers to relocate or practice in the more desperate states. Government and private interest groups can also lend a hand by increasing availability of student loans and grants to candidates interested in becoming an LPN in short-staffed job markets.

In addition to explosive growth in job demand due to expansion of healthcare facilities, demand is also growing due to a large population of the current nursing workforce rapidly approaching retirement themselves. According to recent studies, over half of the current LPN population is over 40 years of age, and over one third are over the age of 50. It is predicted that approximately 20% of current LPNs and RNs will be retiring in the next decade. As they exit the profession they will leave many job openings in their wake.

A third contributing factor is the growing U.S. elderly population. Studies predict that 10,000 people will turn 65 each day from now until the year 2030. Since elderly citizens consume the majority of healthcare services, this represents a huge potential increase in the demand for hospitals, clinics, assisted living facilities and nurses to staff all of these establishments.

The biggest factor contributing to the limited supply of LPNs in the workforce is the lack of availability of LPN education programs. AACN data shows that over 53,000 qualified nursing school applicants were turned away in 2013 primarily due to many nursing schools reaching their capacity for enrollment. Many schools lack the faculty, funding and clinical practice sites to be able to accommodate more incoming students.

The difficulty in securing faculty is due to the following factors:

88% of vacant faculty positions require a doctorate level candidate. However, the pool of qualified candidates is not large enough to fill this demand. Rather than lowering standards, the only other solution is to find ways to incentivize more individuals to pursue doctorate level education in Nursing. This can be tackled in a number of ways, one for which is to make more funding available for interested students in the form of student loans, grants and scholarships. The expansion of current doctorate degree program offerings would also help.

The average age of doctorate-level faculty across the U.S. is around 53 years old, and the average retirement age of nurse faculty staff is approximately 62 years of age. This indicates a looming wave of retirement which will have further negative impact on the already sparse number of qualified nurse educators in the job market. There is not much that can be done to prolong retirement, so the problem must be addressed from the front-end rather than the back-end.

Higher compensation in the private sector is another major factor contributing to the shortage of nursing faculty. Individuals who hold a Masters or Doctoral level degree in Nursing can find research jobs, clinical positions, or other private sector jobs that pay approximately 30% more than nurse educator positions. Since we cannot expect private sector jobs to lower wages, the only way to close the wage gap would be for nurse faculty positions to pay a more competitive salary to attract more candidates. This might require a shift of current resources or additional funding.

Do you have suggestions for shoring up the LPN shortage? Send your thoughts and suggestions via email or follow us on twitter to continue the conversation and grow the awareness on this issue. 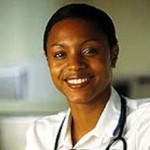